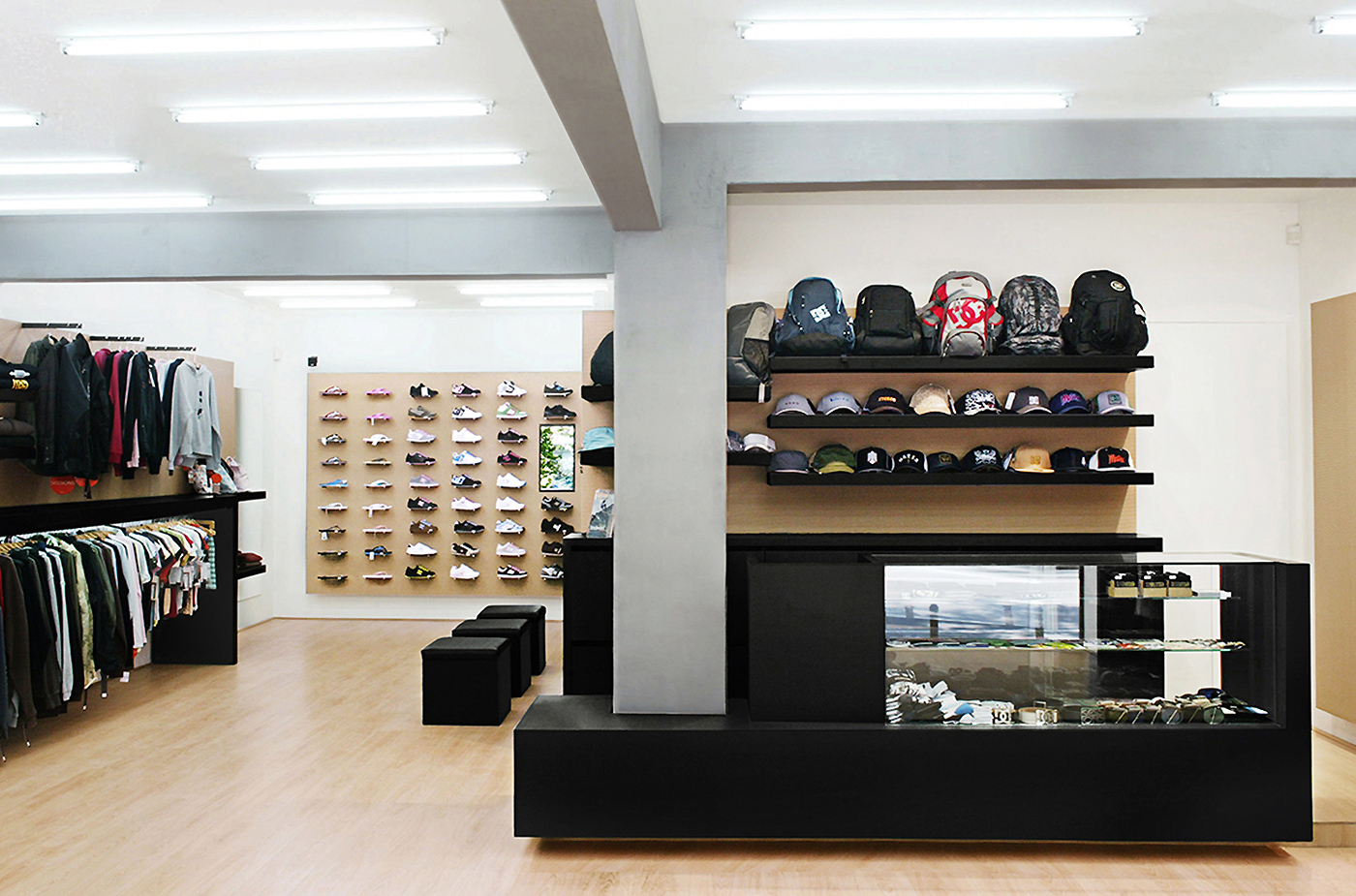 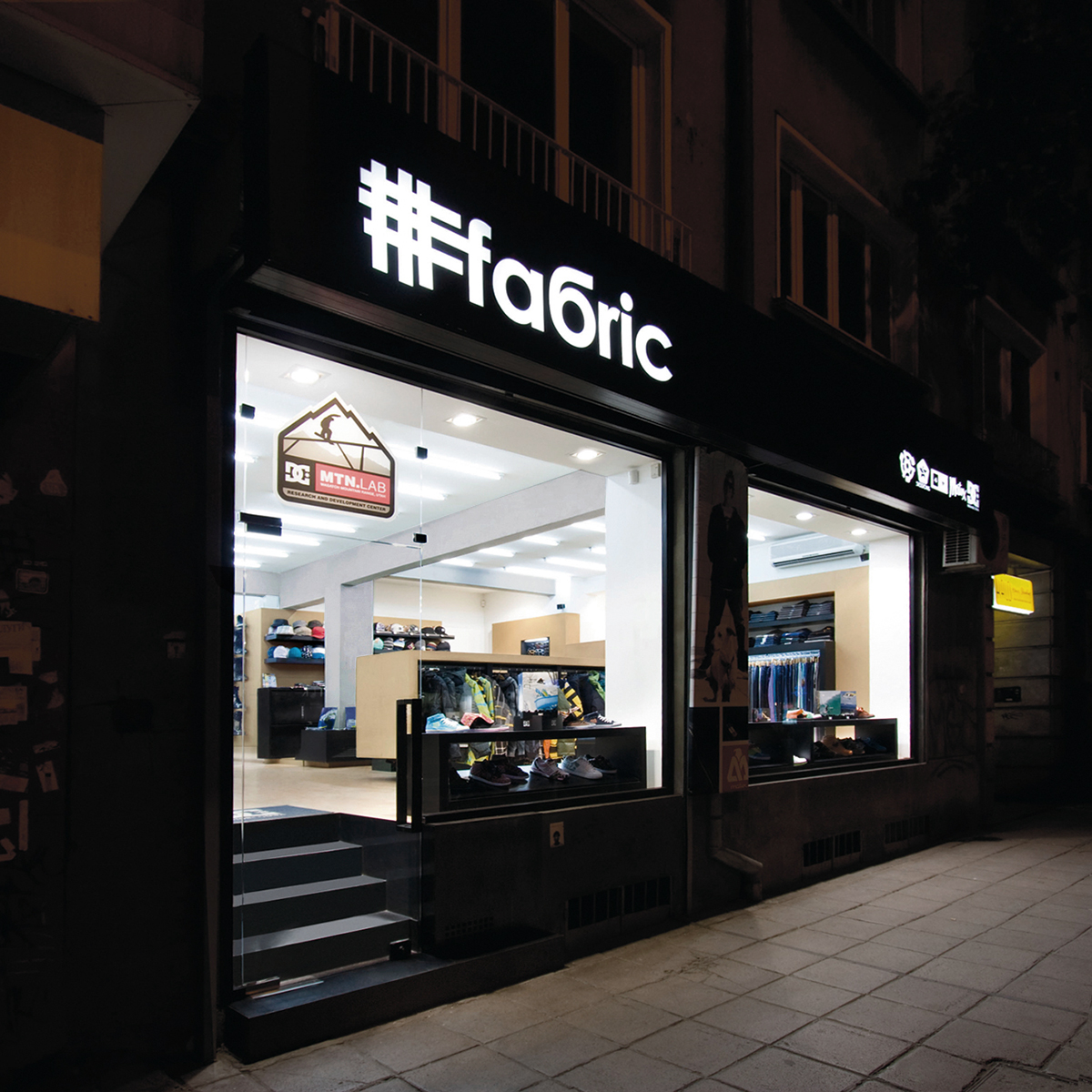 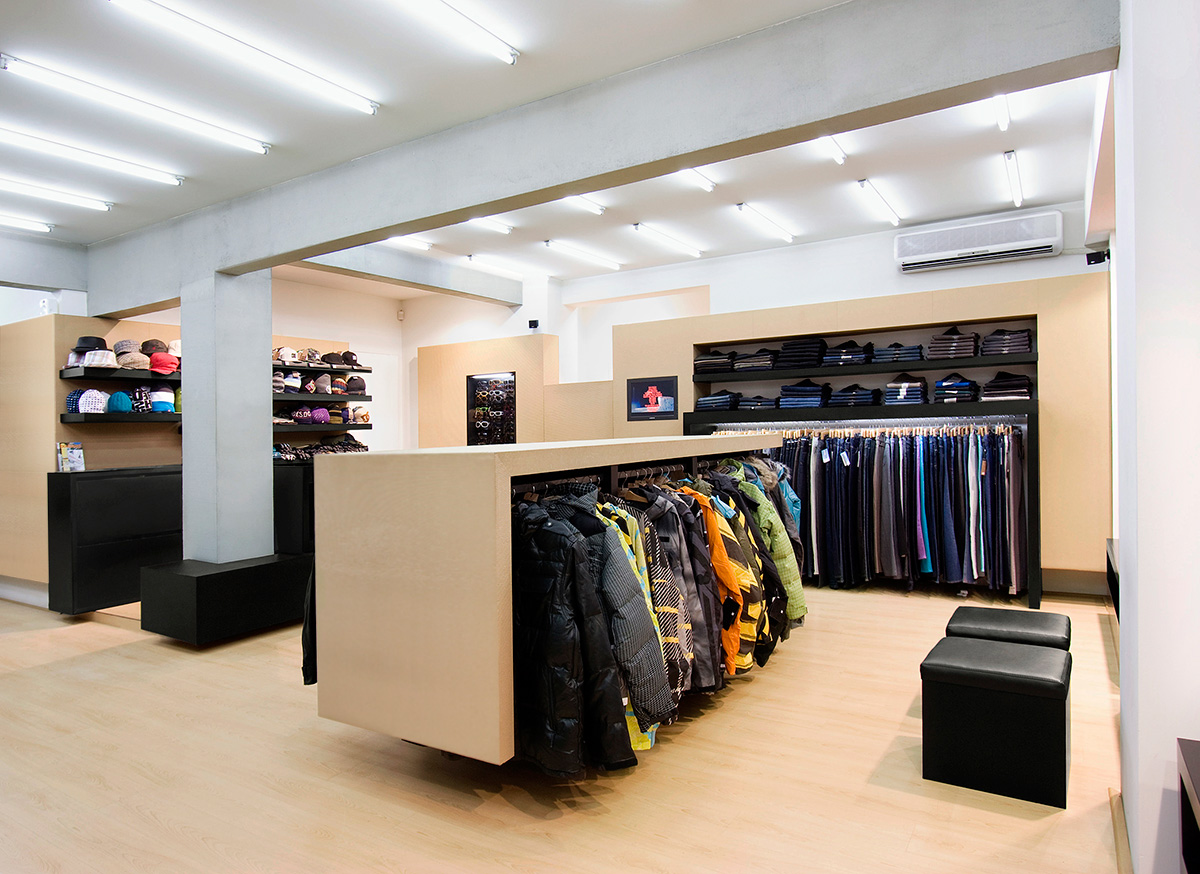 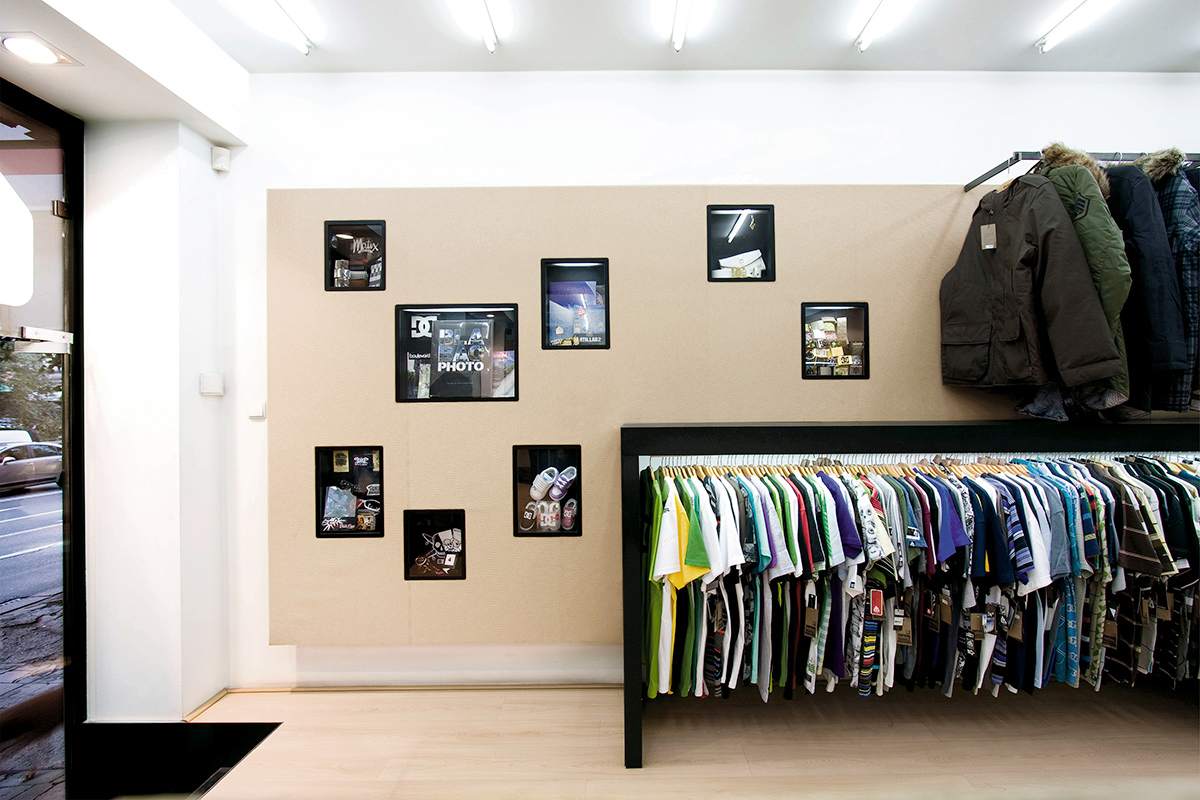 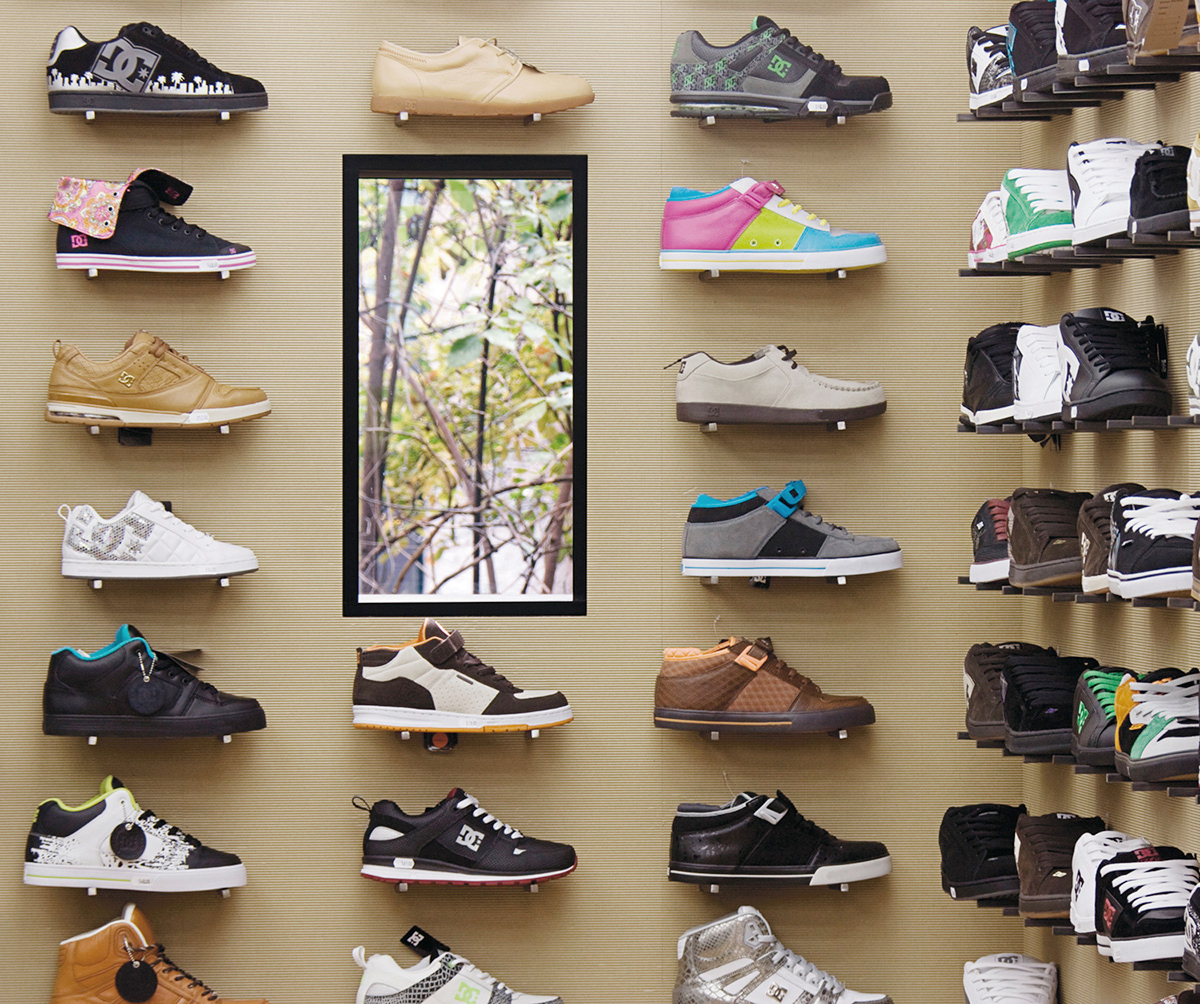 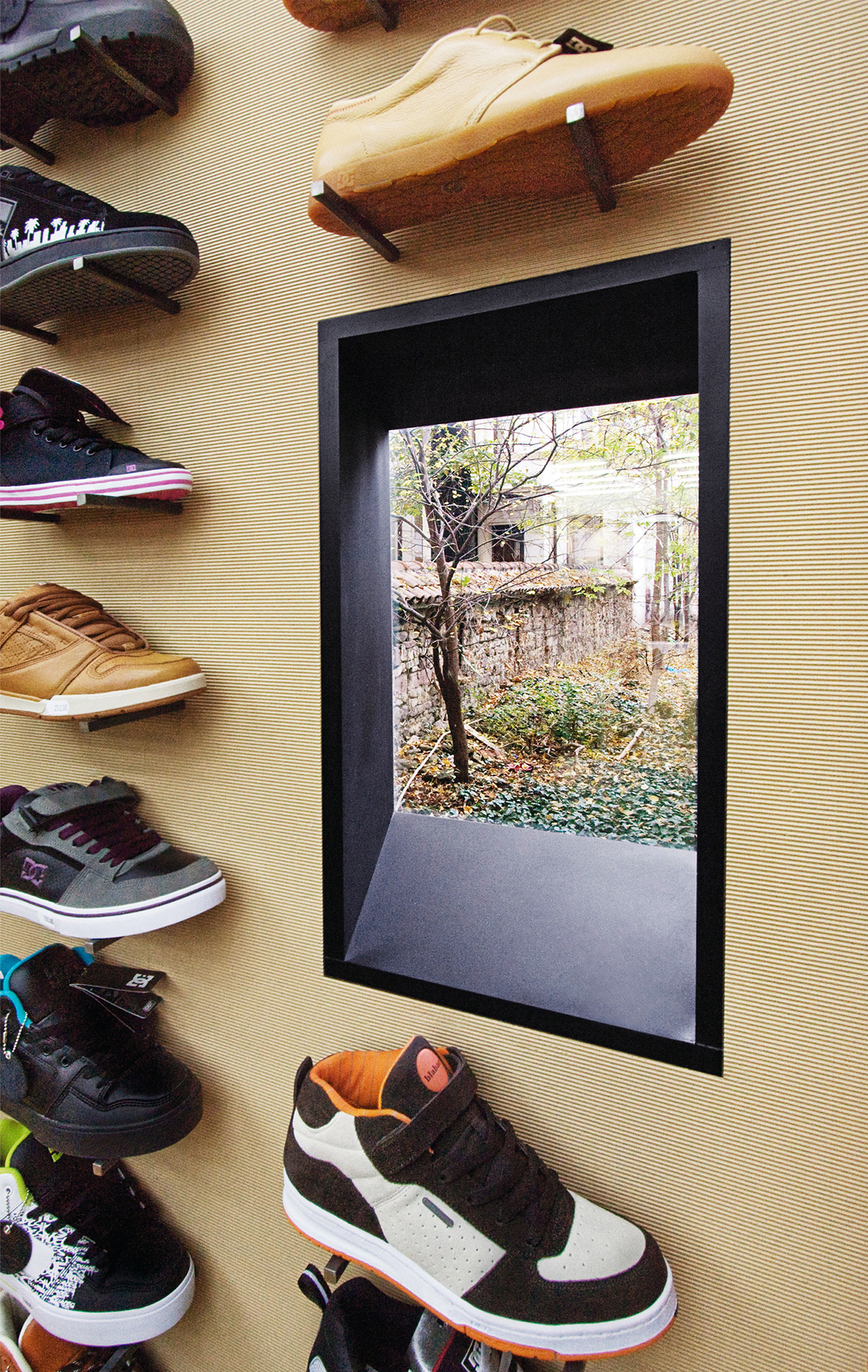 Appropriating a piano nobile apartment in the center of the city into a retail space is quite commonplace where most early 20th century buildings were not built with commercial space in mind. Fabric is a store inhabiting just such a scenario, with its storefront 3 feet above the sidewalk. The store caters to a young alternative crowd. It stands somewhere between a boutique and a sneaker shop.

The store spans the space between a major boulevard in the front and the typical interior courtyard of a Sofian city block in the rear. The courtyards, while invisible to pedestrians and shoppers are secluded areas offering a tranquil space away from the hustle and noise of the major boulevards, used for dog walking, romantic encounters, hangout sessions with friends, or for sitting on a bench with a neighbor.

The store’s most defining feature is in the rear wall, amongst the sneaker displays. A window offers shoppers real time vignettes into this hidden life of the courtyard. The store acts as a bridge between the everyday familiar space of streets and plazas and the city’s urban back of house – the block courtyard, an integral component of the real city fabric.