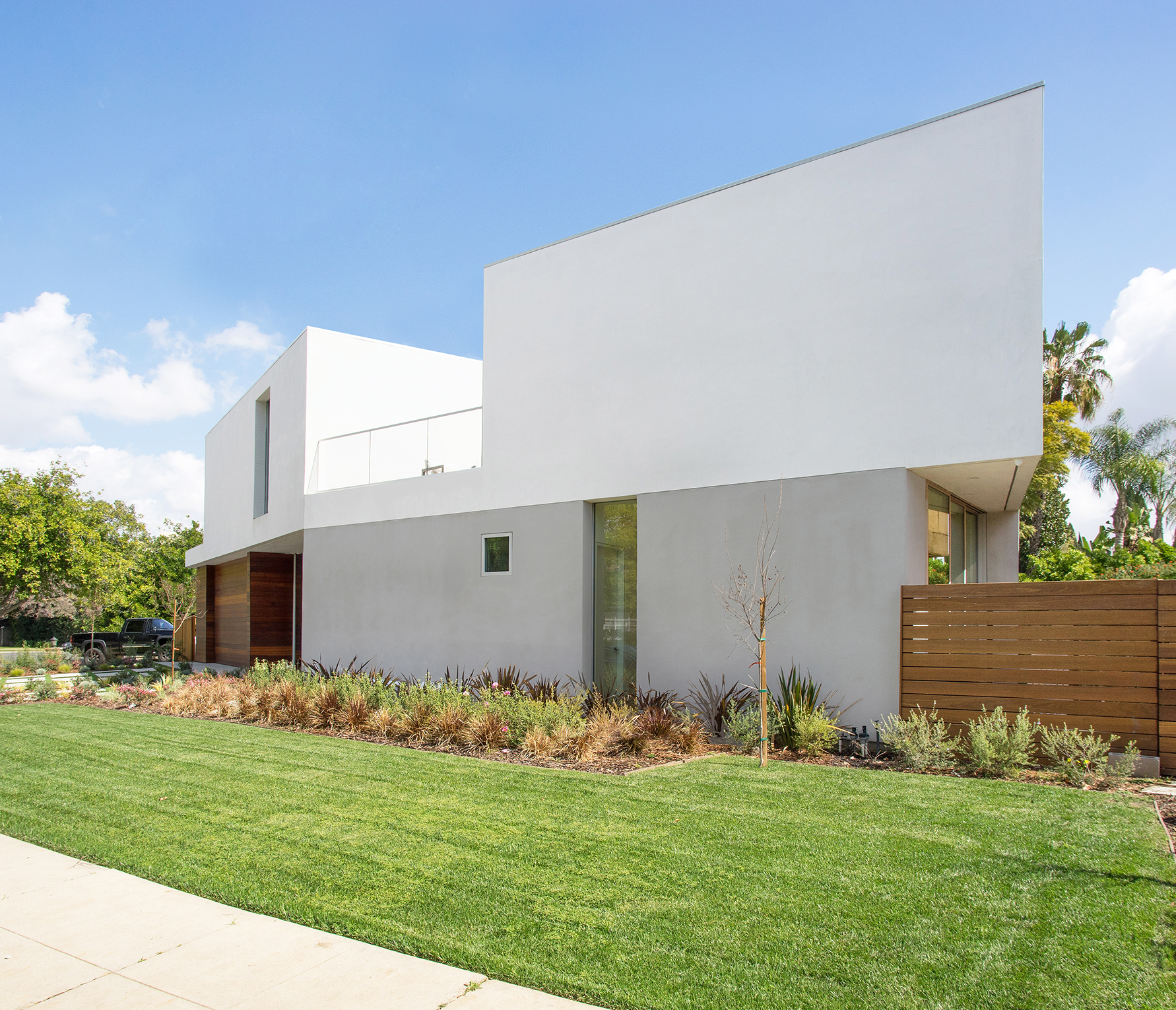 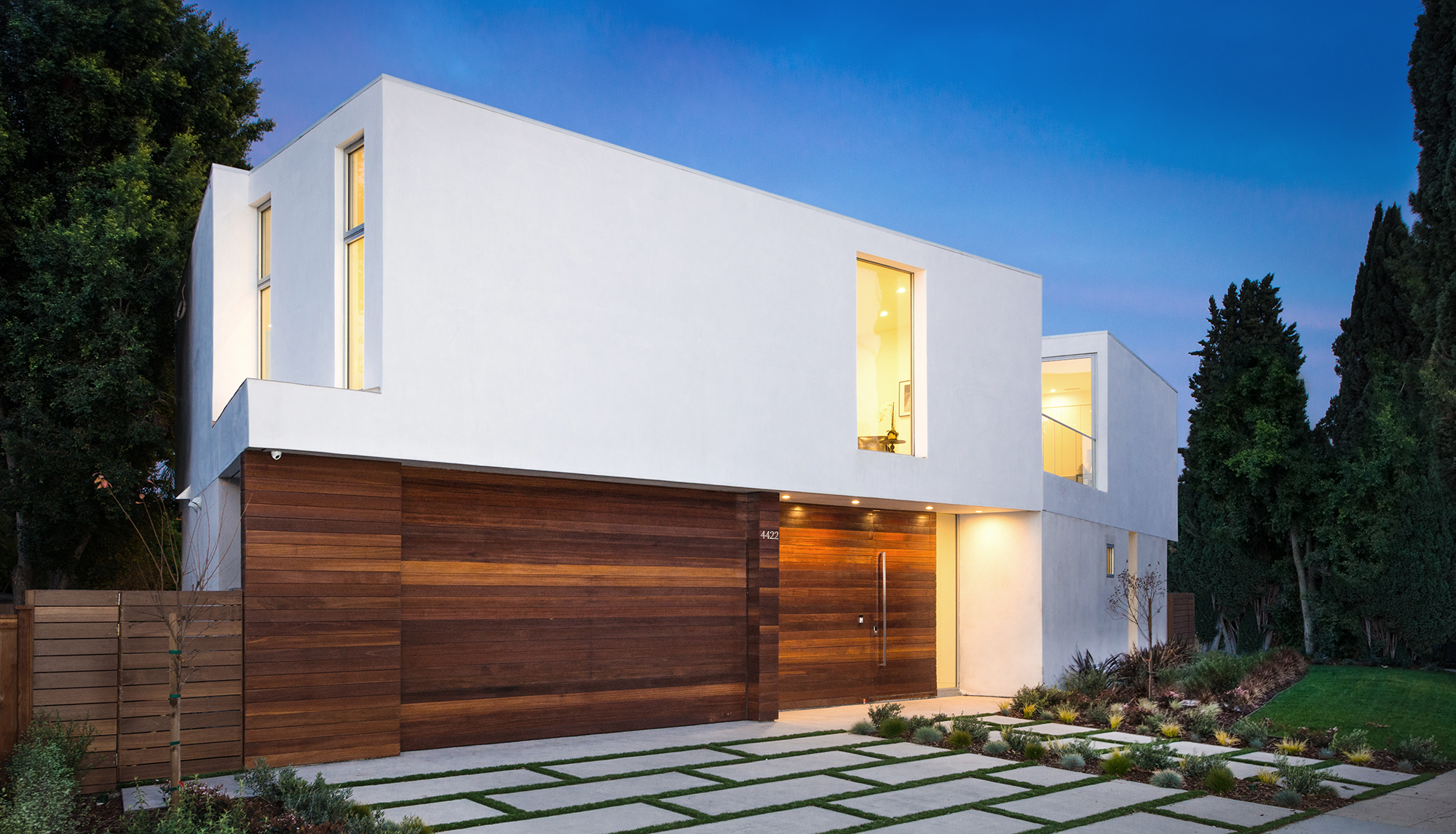 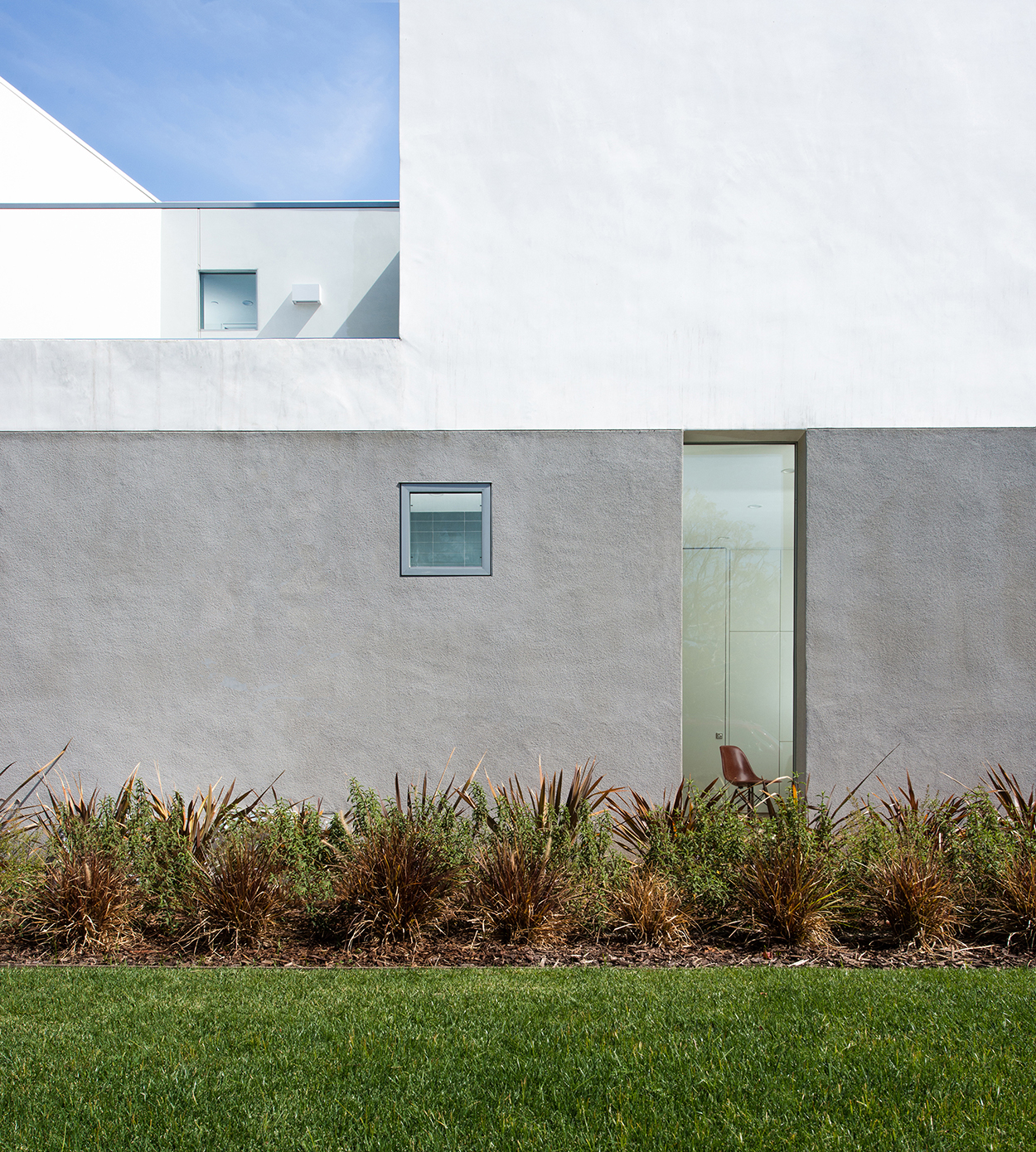 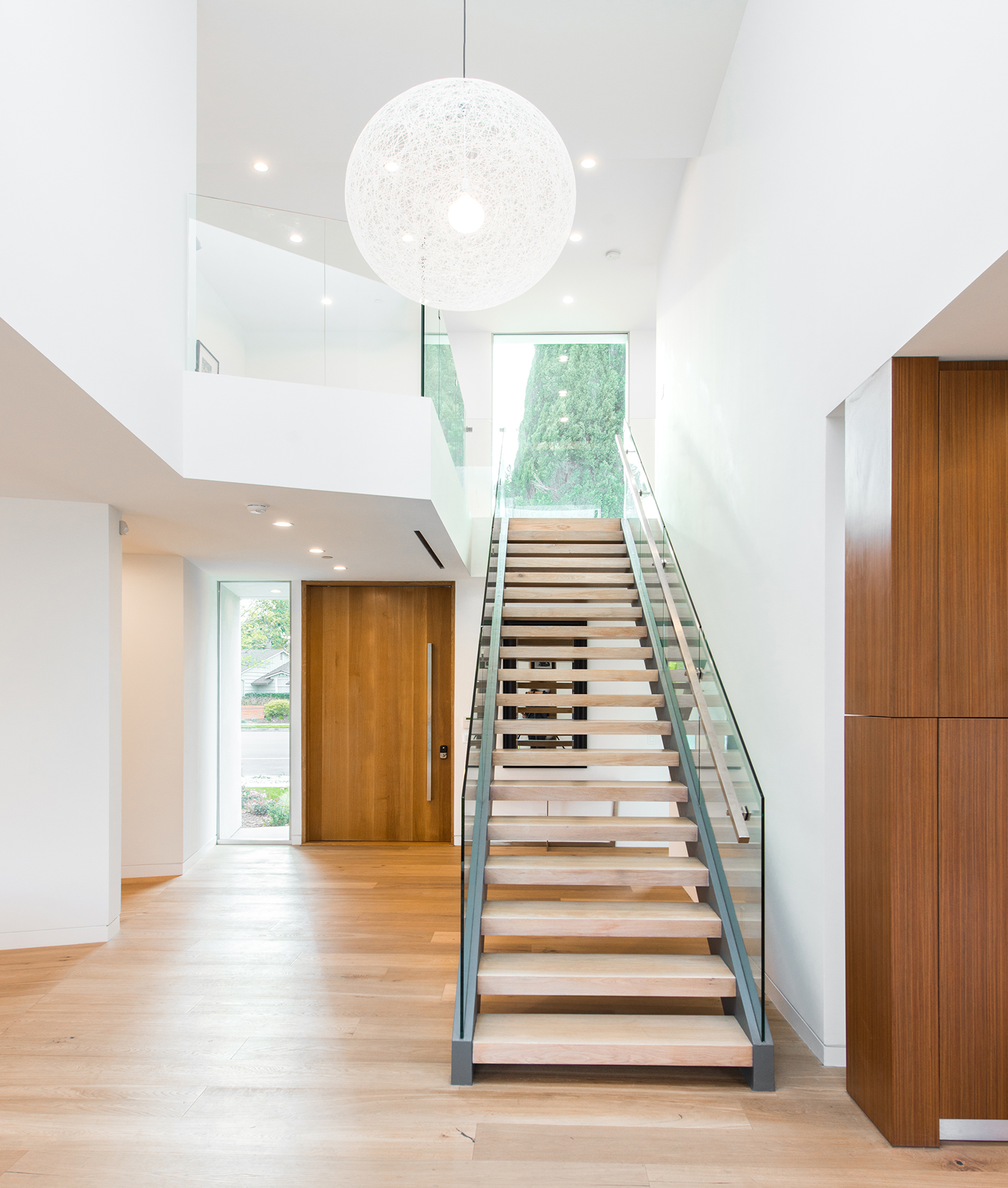 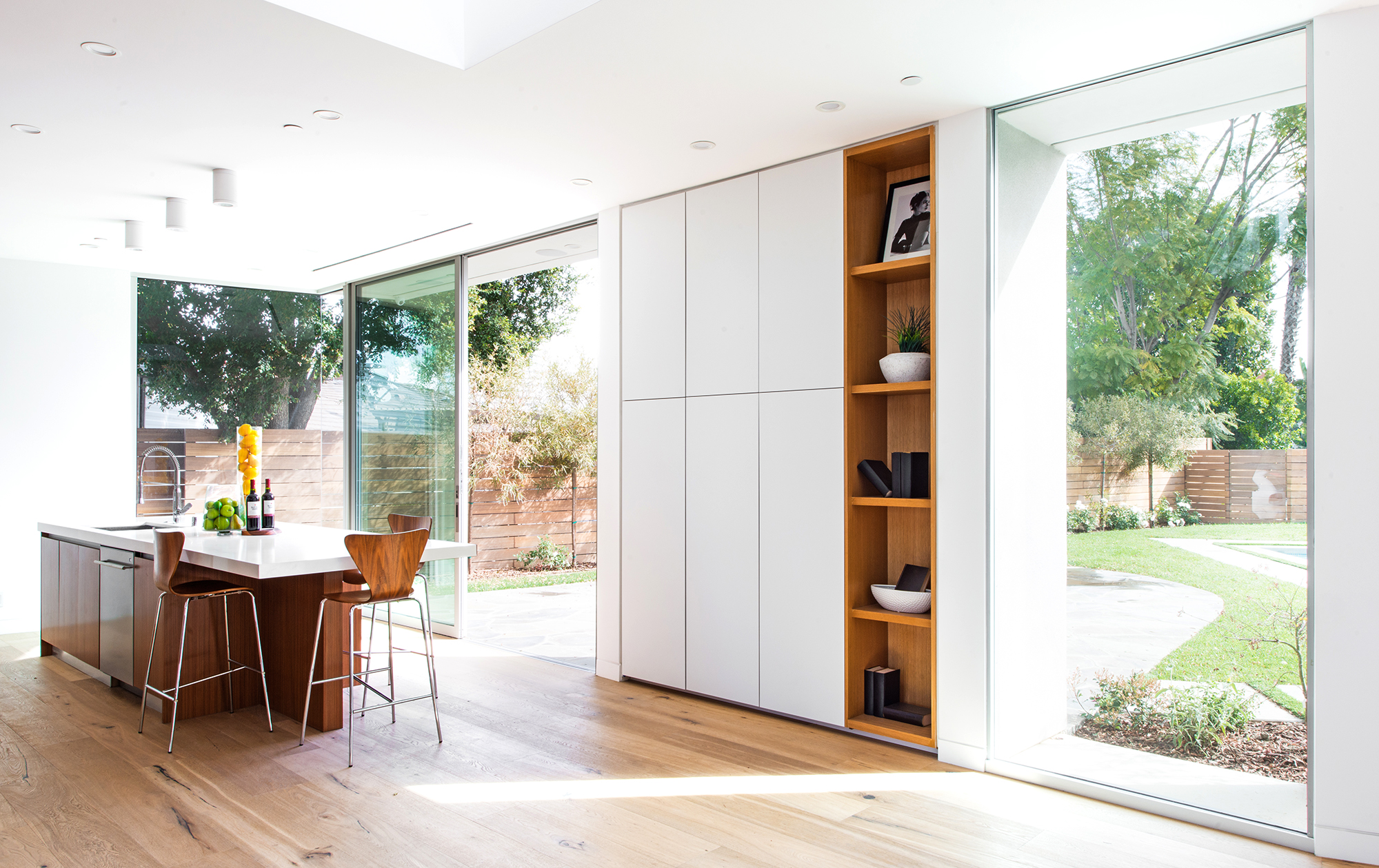 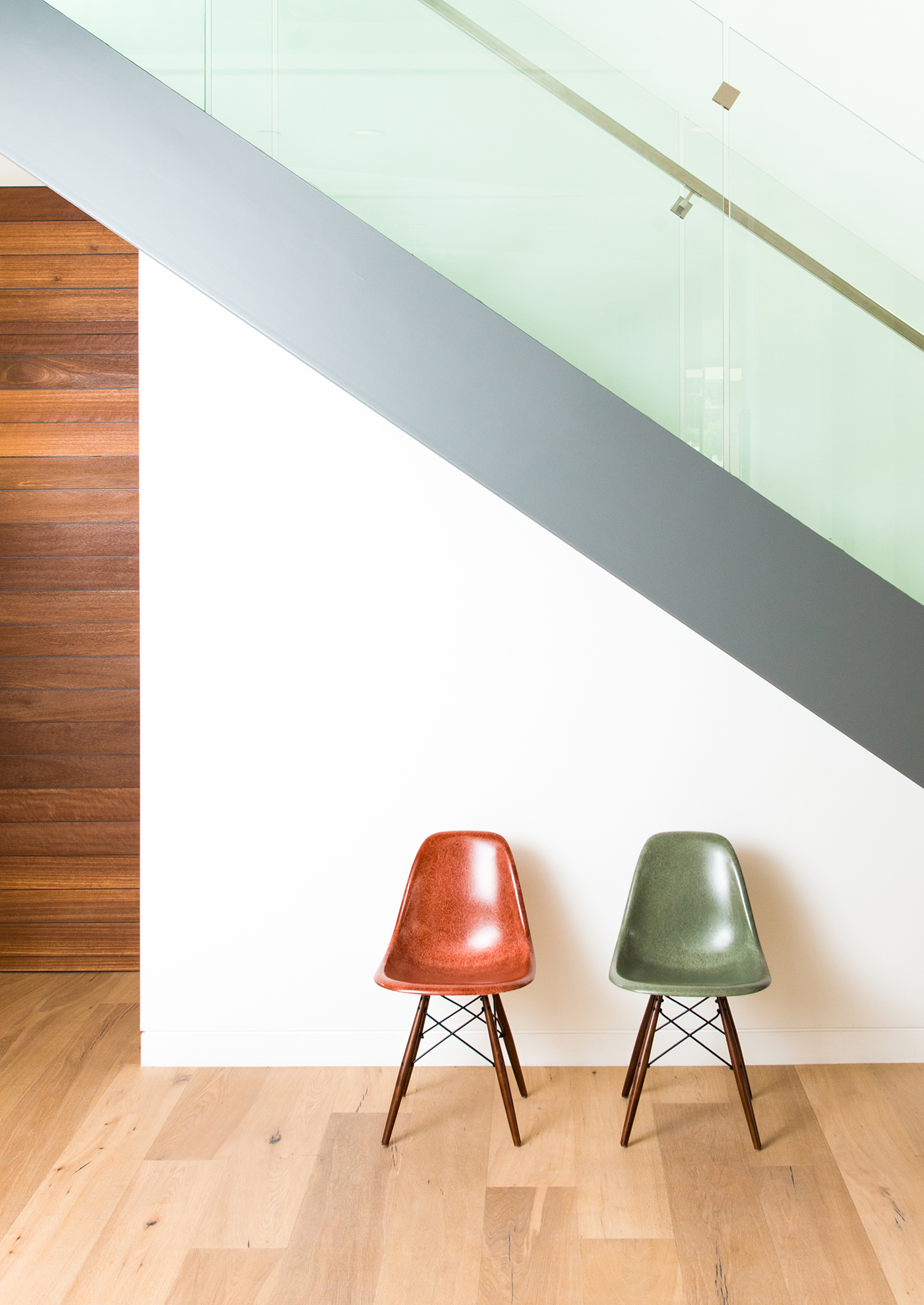 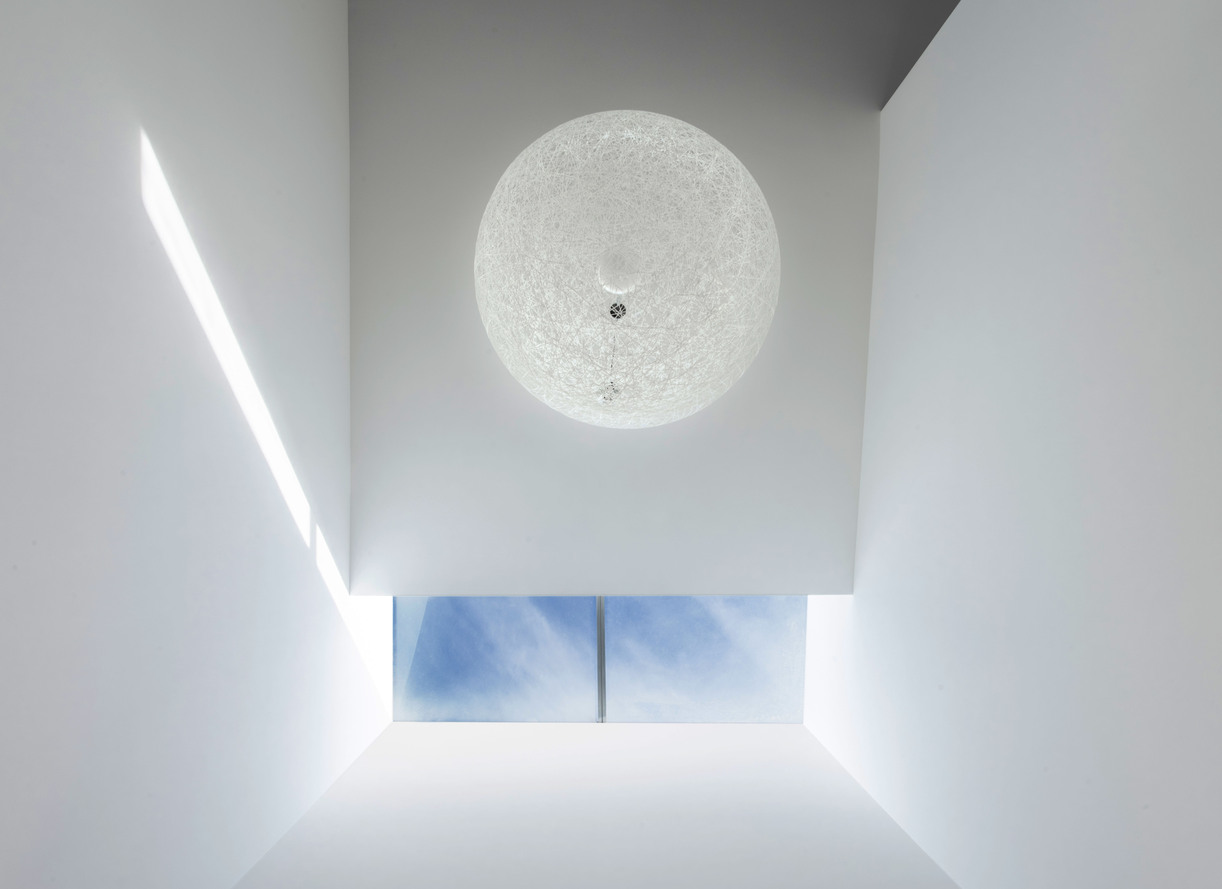 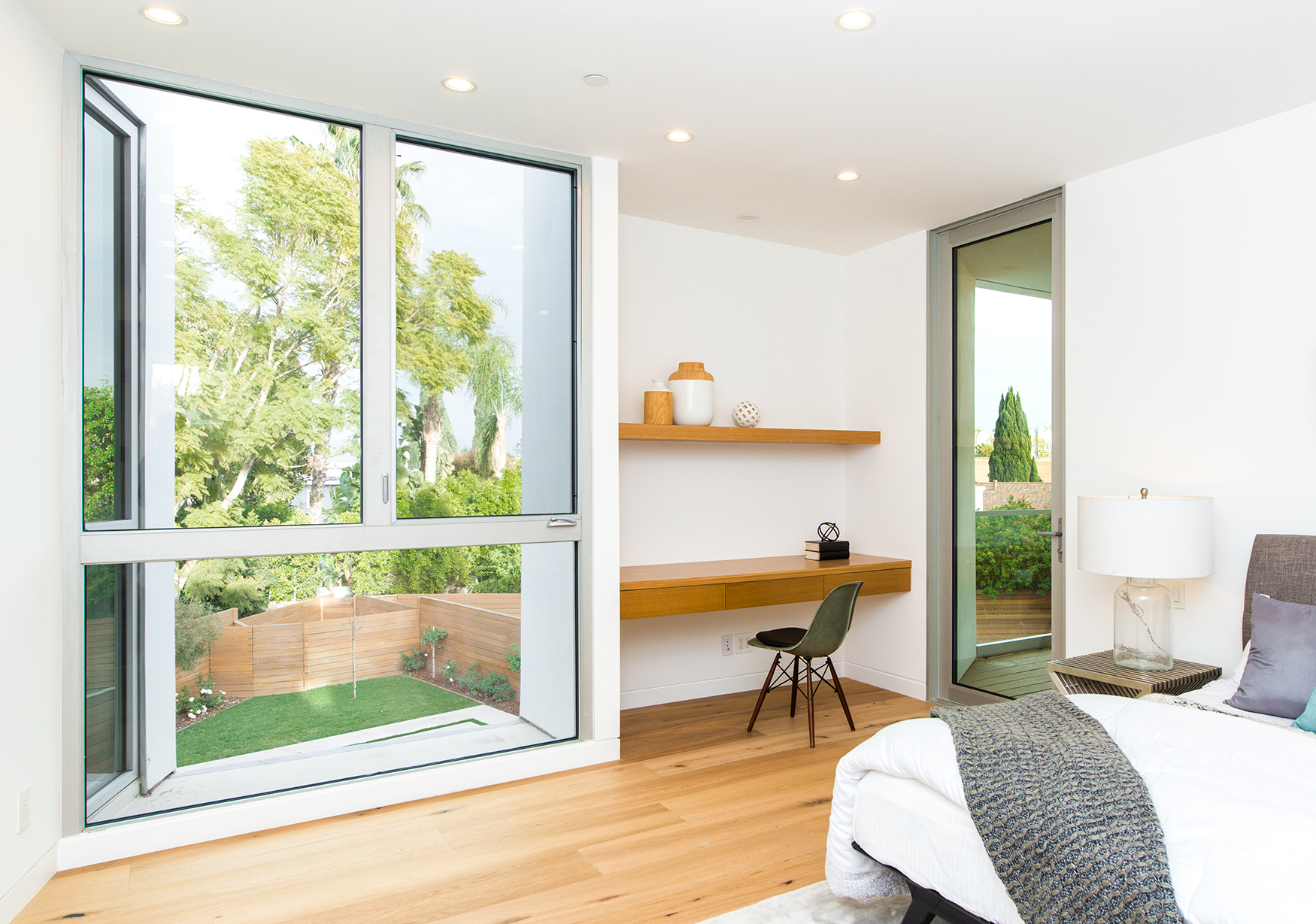 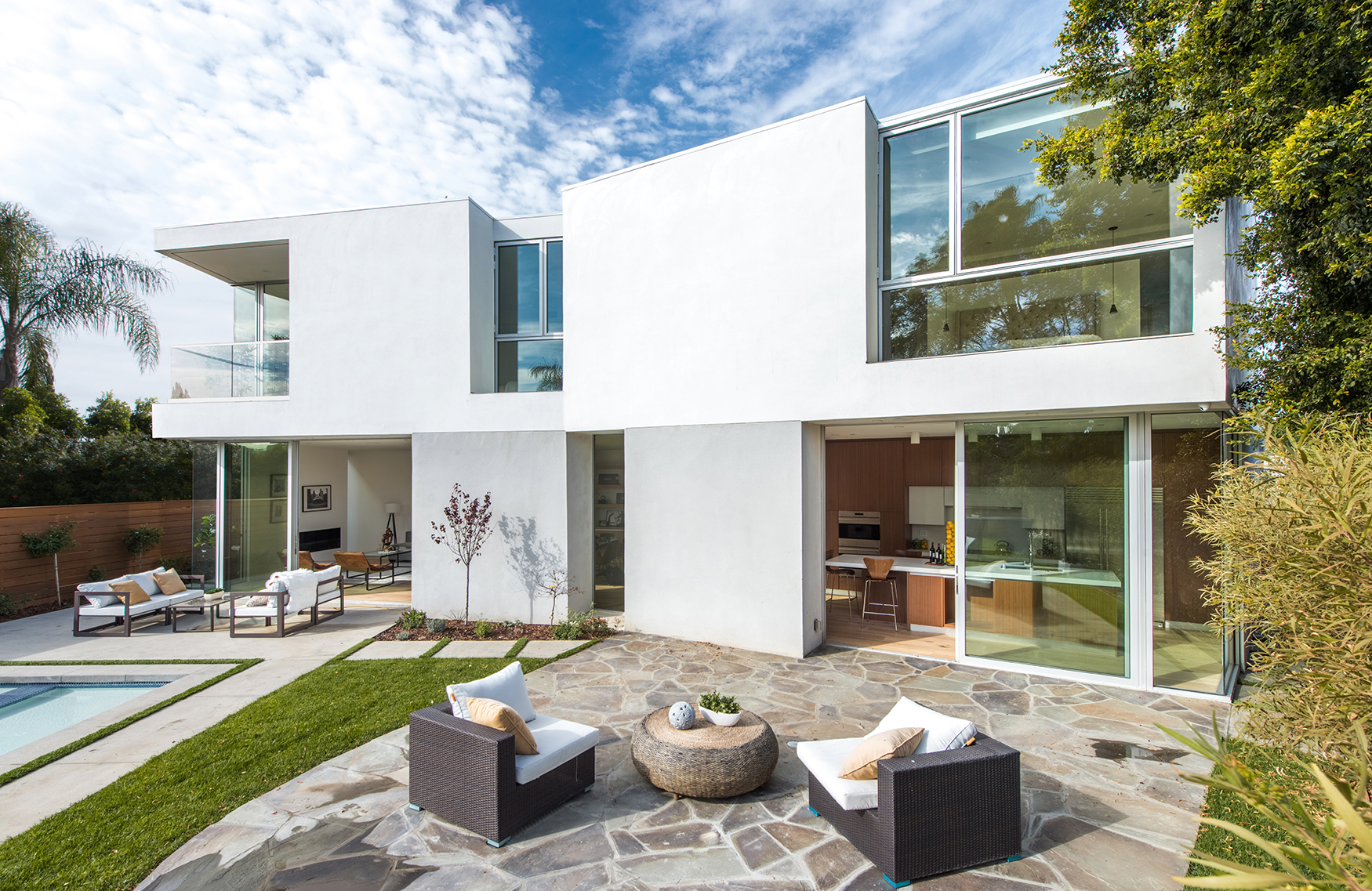 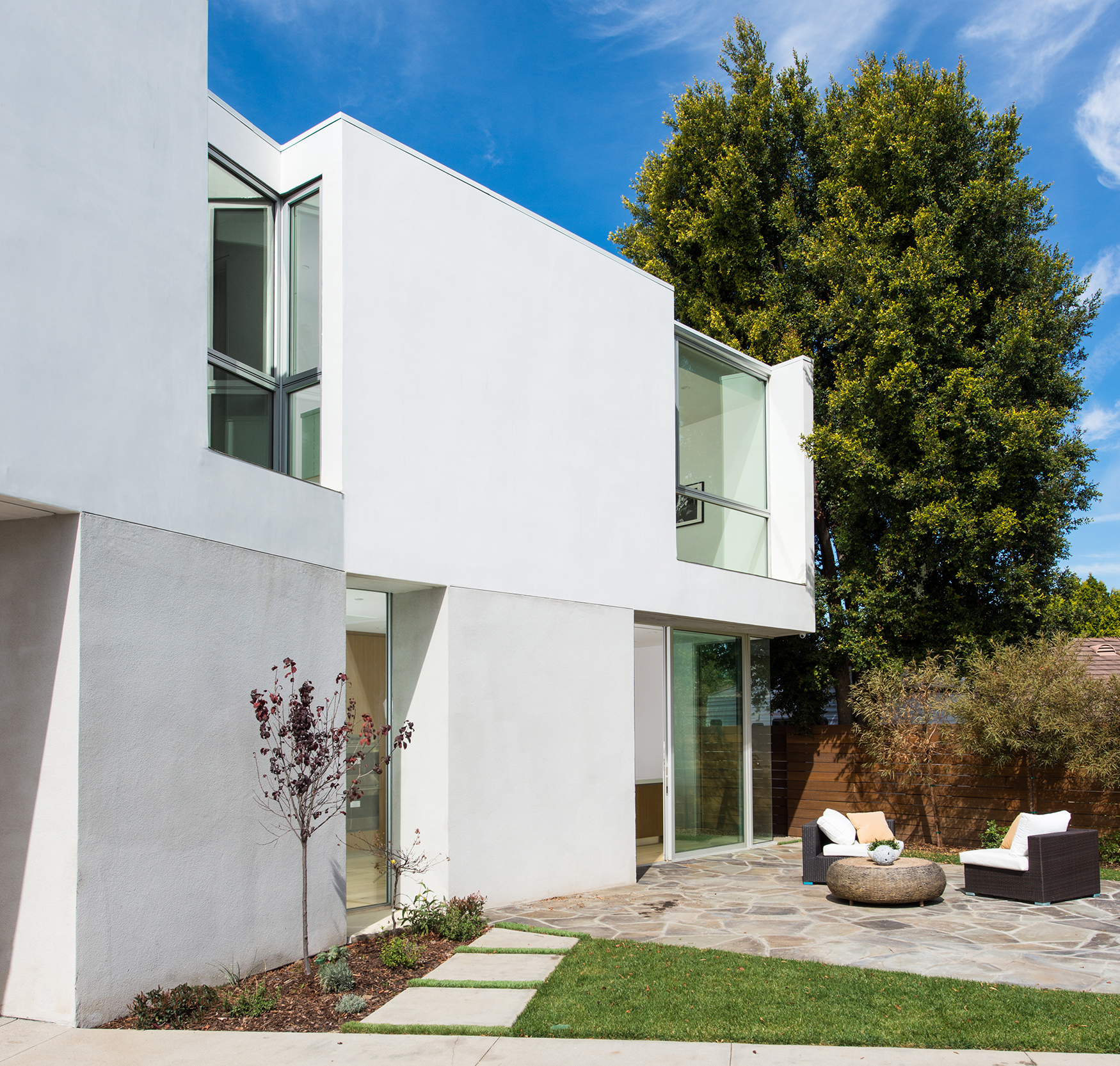 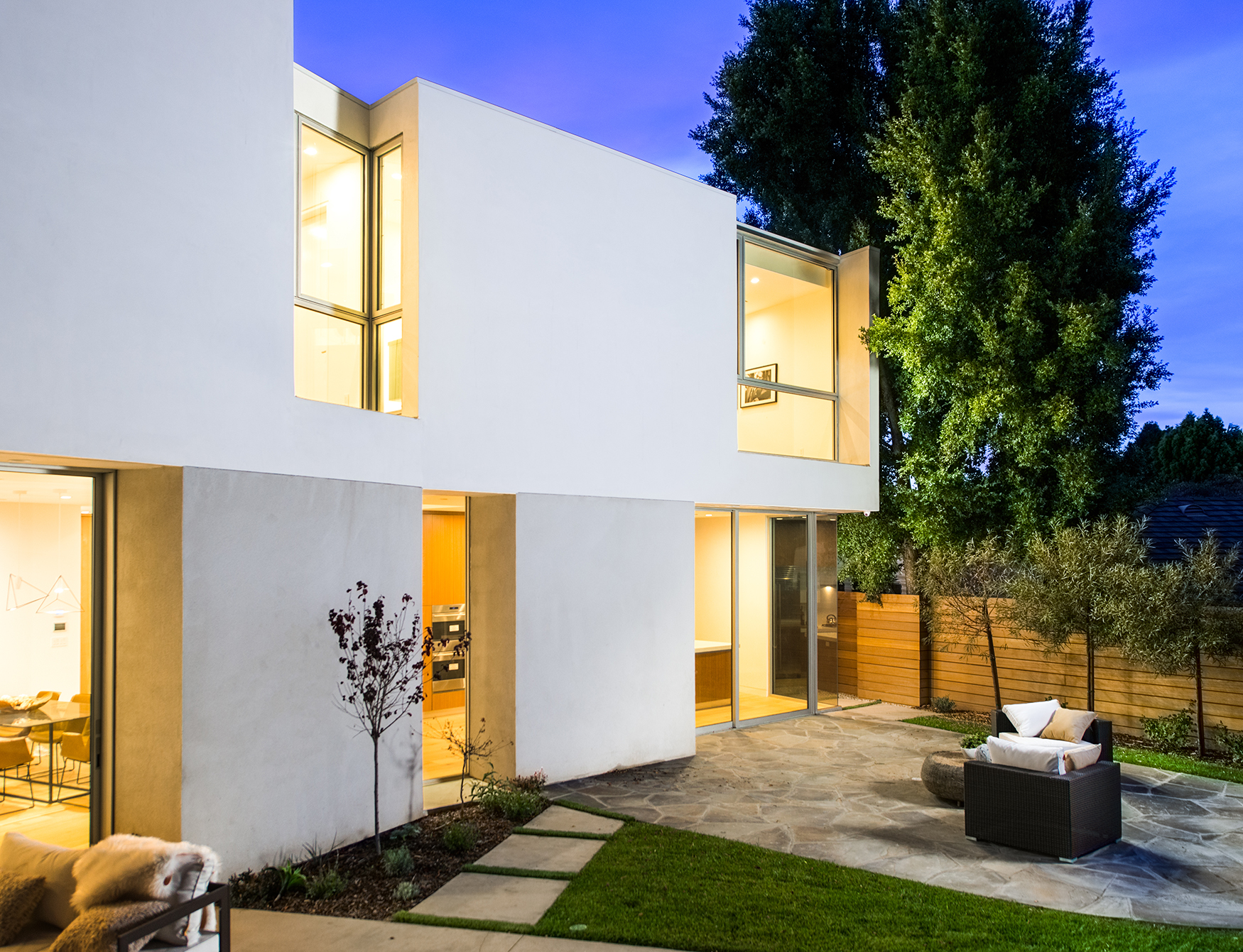 Ground-up home on an oddly shaped lot located on a one of a kind urban condition in Los Angeles. The lot is an acute triangle, more specifically an eight of a circle situated on the interior of a round-about with one way circular traffic.

The house is entirely dictated by the fact that, as what were originally four lots get subdivided, it will be facing in a circle seven of its neighbors. The challeng was how to open the rear facade to the yard while still retaining privacy. For this, thickened walls with recessed windows were employed. The recesses were calculated to ensure sightlines from the neighrbors could not penetrate the house, while at the same time bringing the view of the lush landscaping at the tip of the triangles into the house.